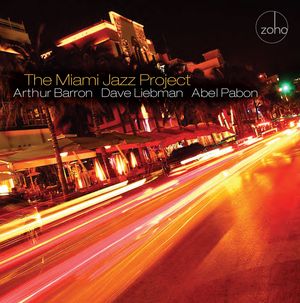 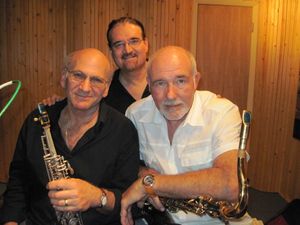 Musicians have all been influenced, in one way or another, by our predecessors.  For me, it was John Coltrane, Joe Henderson and Dexter Gordon, as well as Don Van Vliet (aka Captain Beefheart).  And, of course, Miles Davis, whose Jack Johnson recording was one of the pivotal motivators in my desire to become a musician.  That innovative album, together with Miles’ subsequent recordings, ushered in a new genre recognized and labeled as Fusion.  As Dave Liebman states in his book What It Is; “We are responsible….the people of my generation for keeping this music alive….the spirit of this music; its tradition; the people who came through it and why they created it; the blood, sweat and tears that were literally put into this.  We are now left with the flame that’s been handed down to us and we have to be true to the cause. We are missionaries from the other side and we have continuous work ahead of us.”  With Dave’s quote in mind, The Miami Jazz Project CD features its own brand of contemporary jazz that can be considered as a continuation of the fusion tradition. The compositions includes both acoustic and electric material with stylistic elements rooted in mainstream jazz, blues, jazz rock and world music; a fusion of harmonic structures and modal works.  Arthur Barron

All original compositions have been penned by Barron, Liebman and Pabon, except for the remake of Coltrane's Dahomey Dance. The following are descriptions of the compositions that appear on The Miami Jazz Project recording, which can be heard by going to Home page, click on arrows and scroll to listen to tracks :

DAHOMEY DANCE this blues is one of Coltrane’s lesser played tunes presenting the classic challenge of trying to be true to the original concept while at the same time giving it a contemporary approach and sound. The arrangement of the horns and the rhythm took care of that aspect with the solos reflecting our own individual slant applied to Trane’s chord changes.  Dave Liebman

LORDY LOURDES inspired by a special lady Lourdes Gonzalez, this tune features an eclectic blend of a Middle Eastern influenced head and blues-like bridge over an R&B styled vamp. Solos are based on diminished and Middle Eastern scales along with blues phrasings. I like an air of mystery in my work, and Abel’s co-writing and arrangement of the piece conveyed the feeling that I was seeking.  Arthur Barron

JINNISTAN the concept of the tune evolved through my study of Sufism when I came across Arabian folklore about Jinns, thought by some to be spirits with powers that could influence people to do good or evil.  According to mythology the Jinns lived in a place call Jinnistan in ancient Persia. This piece is centered upon a driving vamp over a fused Middle Eastern/Jazz melody, culminating with a repeating blues riff.  We let loose with abandonment on the solos.  Arthur Barron

WINTER DAY this tune was written exactly on such a day which happens quite a bit where I live in the Pocono Mountain area of Pennsylvania, Invariably, you get such days when there is nothing happening outside; meaning you are left with more time on your hands than usual. Arthur had been requesting something to record with this being the result.  Dave Liebman

MR. Q written as an homage to Coltrane and Elvin Jones, this features a call and response melody line anchored by a minor vamp. The chant-like bridge came out of improvisation playing with a drummer while living in San Francisco. Worked on over the years, the tune finally felt complete with this arrangement.  Two tenors for Trane.  Arthur Barron

SLOW DANCE OF THE KILLING GROUND this tune was originally recorded in the early 1970’s on the A&M label, which at that time was a notable record company and by the way co-produced by Arthur at the time. Relying on an insistent drum/bass vamp with some short motives over it, the title comes from a play of this name. I think the image is very graphic suggesting many possibilities from the personal to the universal depicting a period when events are not moving in a positive direction. Abel’s virtuosic Tibetan chant intro of BLESSINGS ETERNAL sets the mood for the entrance of the bass driven vamp.  Dave Liebman

SHEER JOY this was one of the few commissions I have ever received coming from an amateur saxophonist in Germany who owns a successful computer company and somehow found me through mutual friends, resulting in being hired to write a tune for him to play. His last name was Scheer, so with a play on words using a familiar expression I wrote this eighth note based lyrical composition.  Dave Liebman

TU AMOR NERI this piece was written for Afro-Cuban dancer and choreographer Neri Torres. It is essentially a Bolero played in 4/4 time with a jazz feel. The tune ended up being a fairly complex composition with an introduction followed by five sections, each expressing different moods and dynamics embellished by Lieb’s signature harmonic concepts.  Arthur Barron

MISSING PERSON this is a short duo meant to highlight two horns in a playful conversation, setting up an improvisatory atmosphere. The title refers to people we meet in life who may not be technically “missing” but in social interaction don’t seem to be on the same page as oneself or what is happening around them….physically present, but mentally not all there.  Dave Liebman 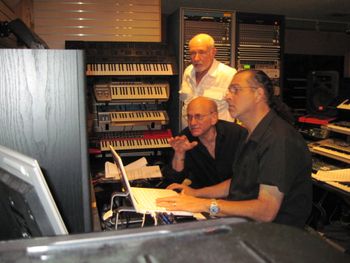 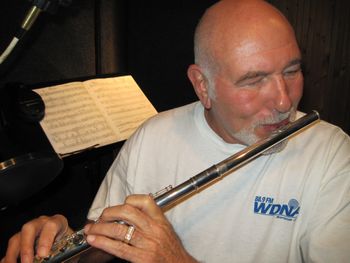 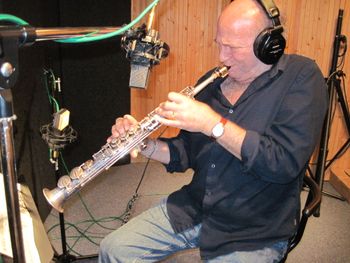 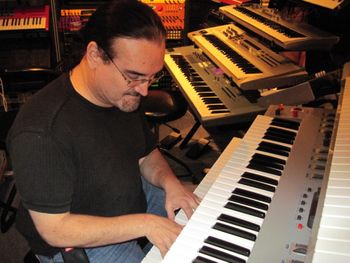 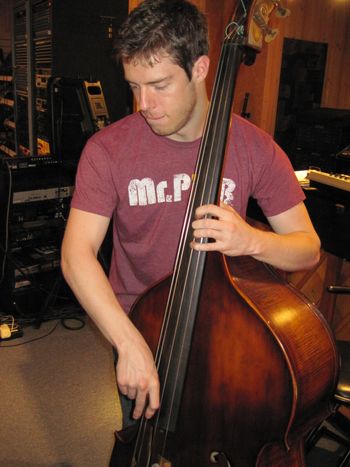 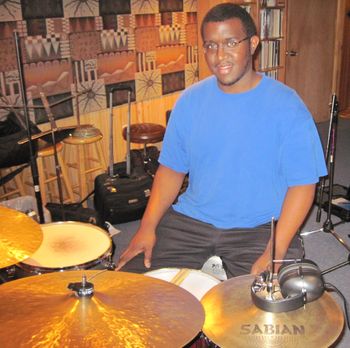 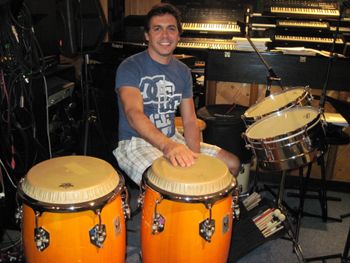